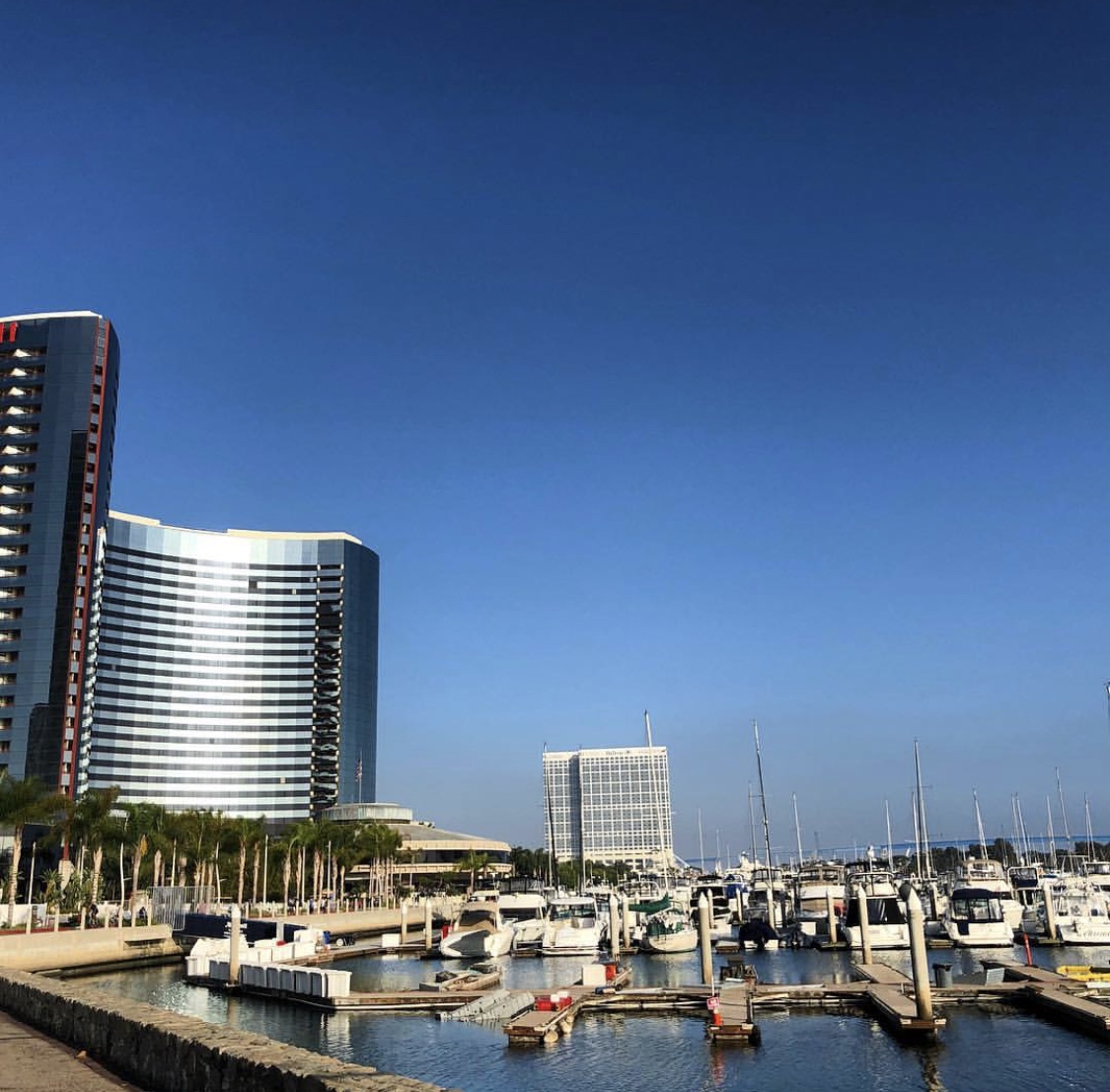 The first time I went to San Diego I was really amazed by it,  it has many things to see and do, I stayed in the Seaport Village area at the Manchester Grand Hyatt San Diego hotel, the rooms have amazing views, I really recommend San Diego, to me it is much nicer than Los Angeles (don’t get me wrong I love LA).

The first thing I did was walking in the Seaport Village area which was next to my hotel, I rented a Bird scooter by Segway, (which were everywhere and are very popular) you can go to the Gaslamp quarter which is filled with restaurants and shops, a few blocks away.

I also went to Balboa park,  an urban cultural park in San Diego, it has open spaces, natural vegetation zones, gardens, paths, museums,  and very close is the San Diego Zoo which is really famous.

Then I went to the Coronado area, and went to the famous Coronado Hotel, were Marilyn Monroe filmed the movie Gentlemen Prefer Blondes ( you have to go there if you are a fan of Marilyn like me).

Old Town historic state park is also one of my favorite places to go, it has an american-mexican feeling, in there you can take a Ghosts and Gravestones tour which is really cool I did it in October so it was a lot of fun.

If you want nice beaches with great views I recommend going to La Jolla. In that area there are also fine restaurants with great views, I went to a great one that had an amazing view, and watched the sunset in it, is called George´s at the Cove.

San Diego is in my top list of places to visit in the USA, it has great weather, great food, great beaches, I loved it.

You can take the girl out of San Diego, but you  can’t take San Diego out of the girl !