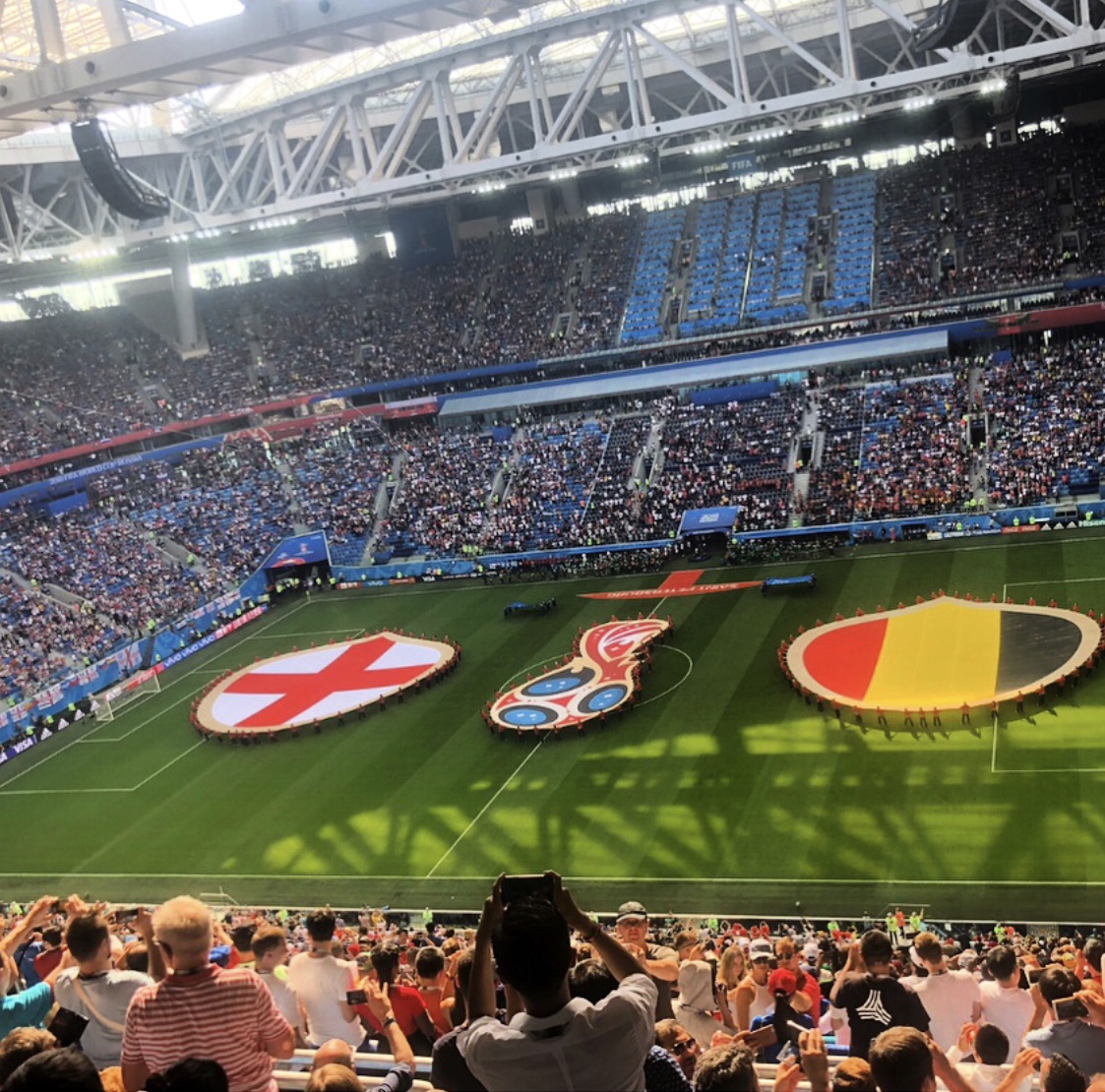 This year I had the opportunity to go to The World Cup 2018, in Russia. I watched four games, the first one in Moscow, Colombia vs England, then I went to Sochi and watched Russia vs. Croatia, and then in St Petersburg ( which was my favorite part of Russia) I watched two games,  France vs Belgium ( the semi final ) and then the quarter finals England vs Belgium (shown in the picture above).

The event was very well organized, imagine a massive amount of people going to same place? But it was impressive how everything was in order it was pretty awesome. The environment was really cool, if you have the chance to go to a World Cup don’t even hesitate on going, it is really worth it, it has to be on your bucketlist.

St Petersburg is amazing, charming, it has extremely good architecture, it is the second largest city in Russia, and it was consider the Russian Empire.  It reminded me of Venice, because it has historical canals. My favorite things to see were, the Church of the Saviour on Spilled blood, The Hermitage, where you can hire  a Carriage that looks exactly like the one in the movie Cinderella to go all around it.

The downside, is that most people don’t speak English (most old people, young people do).

Russia will amaze you !