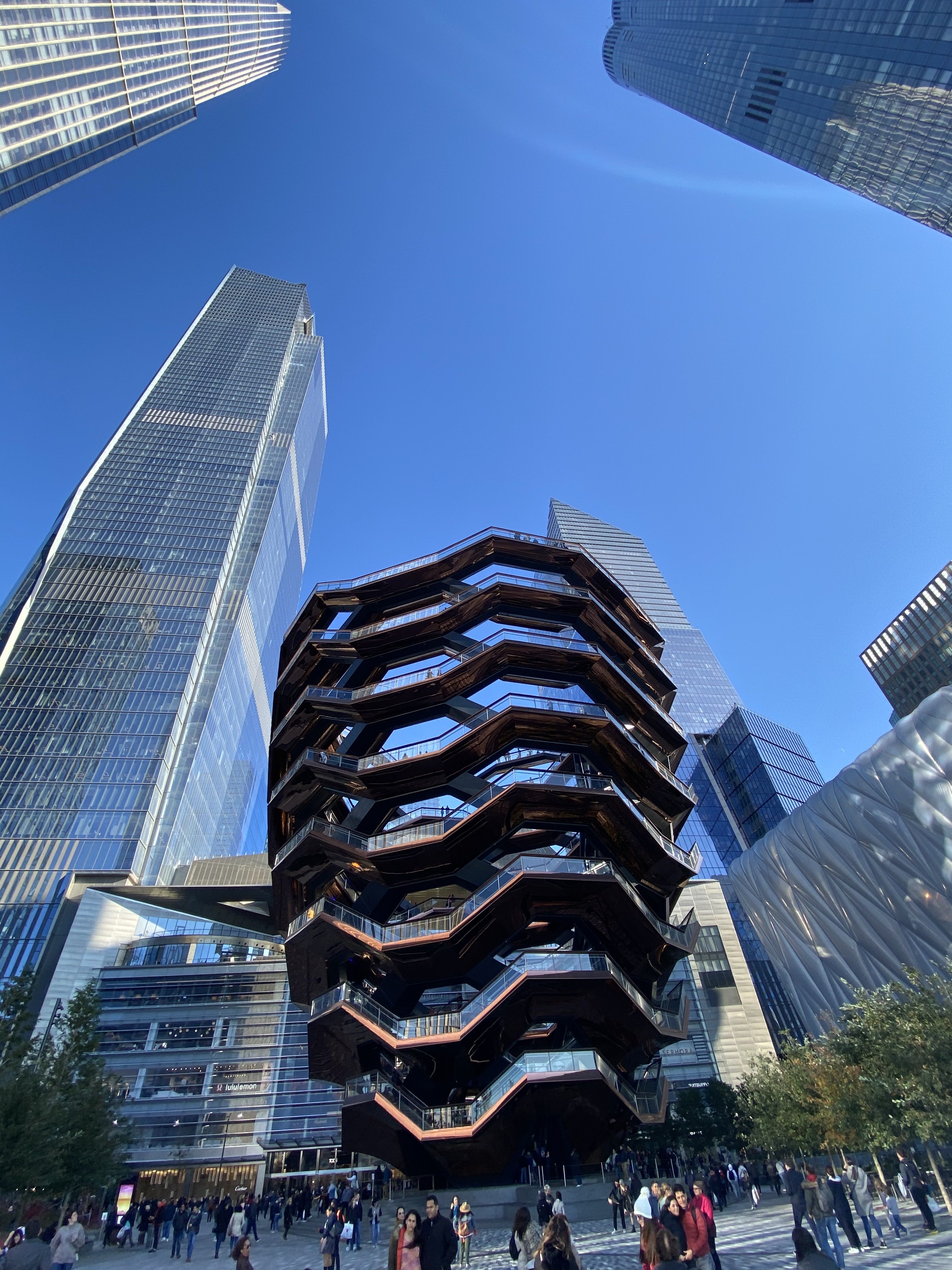 I have been in NY several times, ( it is my favorite city in the world), I love everything about it.  If someone asked me which part of the United States its the nicest to go for the first time, I would definitely send that person to New York.

This time I wanted to go, for two reasons, first to see The Vessel, (which just opened, shown in the picture above) it is a honeycomb-like structure, designed by a British designer,  that has 16 stories, and 154 stairs, so you can go up and see amazing views, besides the structure is impressive, and it is part of a project called Hudson Yards, in Manhattan. Next to the Vessel you will find a really nice mall, and next year (I believe) it will have the best observatory in New York, to get the best views of the city. I can’t wait to go.

I also went, to the new 102nd floor observatory in the Empire State Building, believe me the views are breathtaking, it is completely worth it. I highly suggest you to get tickets for the express lane, it is more expensive,  but totally recommended, you won’t make any lines, you will save an hour of boring lines, and you don’t like to waste your time do you?

The NY marathon was also a huge event, that week (basically last week I just got back yesterday), the environment was really cool, but if you are not a runner, the city that day, is pretty much busy, so some parts are closed.  So I took a tour bus to Uptown, and saw Harlem, and other cool parts of New York.

I went to the Chelsea Market ( in the Meatpacking area) and it was decorated like a huge haunted house, (that week was Halloween also).

In Bryant Park, they just opened, a Christmas market, and a skate rink.

I love New York, SPECIALLY in November and December.

Which is your favorite thing to do when you go to the “big apple”?