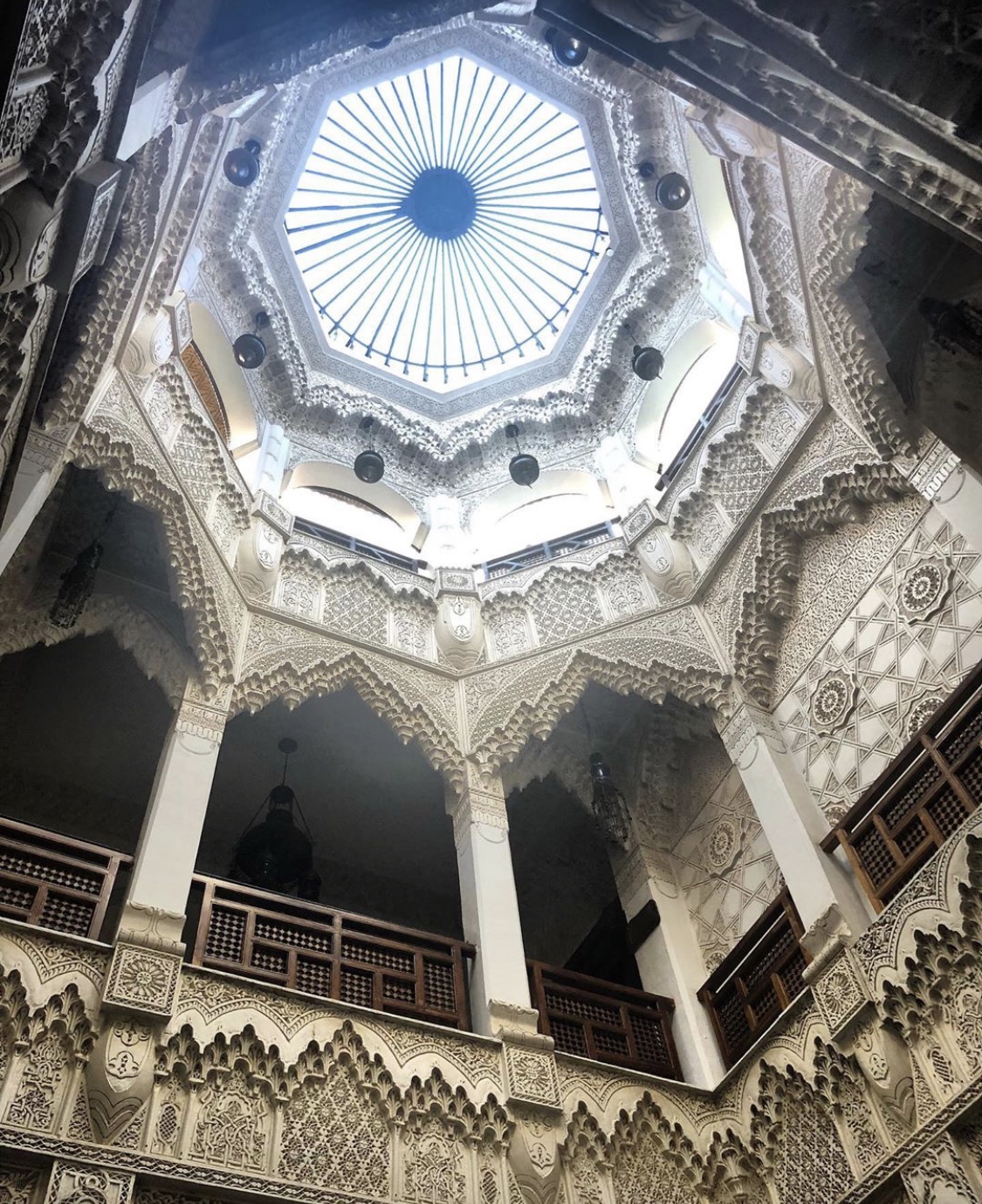 All Around Morocco, Africa

Last week I had the opportunity to go to Morocco in Africa, it was a dream of mine, and fulfilled all my expectations.  I first arrived in Marrakech, stayed in a beautiful Riad (a small mansion), called Riad Palais Sebban, it was really elegant with a lot of details, very well located, near the Medina which is like a market (it can be a little bit stressful because you will be annoyed by people trying to sell you everything, but you can negotiate with them if you want to buy something, and end getting things half the price asked, and if you don’t want something, be clear and say NO).

I was very impressed, because it is a country with a lot of contrasts, you can be walking in a narrow street with a lot of vendors, and suddenly you see a door and inside is a wonderful ,elegant Riad.  I tried to visit a few of them, the one that I stayed in, Riad Palais Sebban is one of the best ones, I visited and had a moroccan dinner in another one, called Riad Kniza, ( I saw pictures of a lot of celebrities which stayed there like Brad Pitt, Kate Hudson and her dad, and many more), believe me  I was amazed by its elegance. Most of the Riads have a swimming pool in the middle, the rooms are extremely elegant, most of them have a small living room, with fancy moroccan decorations.  I also visited another hotel/Riad which is considered the best in Africa, called La Mamounia, with beautiful decorations, and enchanting gardens a luxurious hotel, had the chance to eat lunch there in the buffet where moroccan and international food is served.

About the food, I really loved it, most of the restaurants, have a complete moroccan menu, which consists of a moroccan soup, a starter like chicken or fish pastilla , 14  small salads, then you can choose a main meal, like chicken tagine (my favorite, which is basically chicken with lemon and herbs) or beef tagine served with couscous (similar to rice but smaller) and a dessert I don’t remember the name of the one I chose but it was like a cake with honey and apples.  I went to a very romantic restaurant, called Dar Moha, (shown in the pictures) it is very elegant, and you can have a complete moroccan dinner, by the pool, accompanied by traditional moroccan musicians. In this restaurant, wine is served, because they are 99% muslims, they don’t drink alcohol, so trying to have a glass of wine, can be difficult, you have to know where. Places where drinks are served are: Riads Hotels, or some restaurants, like (Dar Moha, Café Árabe, Le Salamá very recommended you will have a show of moroccan dancers).

My next stop was an excursion to the Atlas Mountains, beautiful mountains with snow on top, and on that way I went to a castle called Ait Ben Haddou, where a lot of movies have been filmed, like Gladiator, Indiana Jones 3, The Prince of Persia, The Jewel of the Nile, and many more, going to that castle will give you a clear idea of how Morocco is, it is amazing.

The next day I took another excursion, to Essaouira, which is a city with a beach, on that way we stopped and saw something I had never seen before, a tree with real goats on top of it, awkward right? but it was really cool.  I also stopped at a place where I saw how Argan Oil is made, because this is the only part in all Morocco where you will see Argan trees. Argan Oil can be used for cosmetic purposes or to cook and eat.

Then I took a plane and went to the city of Fes, a more traditional moroccan city, it has the biggest Medina in the country, and I also stayed in a Riad called Riad Fes Baraka very nice.  If you go to Fes you need to hire a guide because the Medina is like a labyrinth and you can easily get lost.  A must in Fes, is going to a tannery called Chouwara, it is part of Unesco´s World heritage site, it is impressive there they cure the skin of the animals to make leather goods ( coats, bags, belts etc).  The smell in there can be pretty intense so be prepared for it.

The best Riad in all Fes is Riad Fes Chateux and Palais, a luxurious Riad, you have to stay at, or at least go and have dinner there.

My last stop in Morocco was Chefchaouen, also known  as “the blue pearl” or “the blue city”, it is called like that because all streets are painted blue, it is very charming, very small, but extremely romantic, I stayed in a beautiful hotel called Dar Echchaouen (it has the best views of the city).  I ended my journey going back to Madrid and staying there for a few days ( I was impressed of all the Christmas lights and decorations they had).

Journeys end, but memories will remain forever.  Thank you Morocco, (thank you Africa).