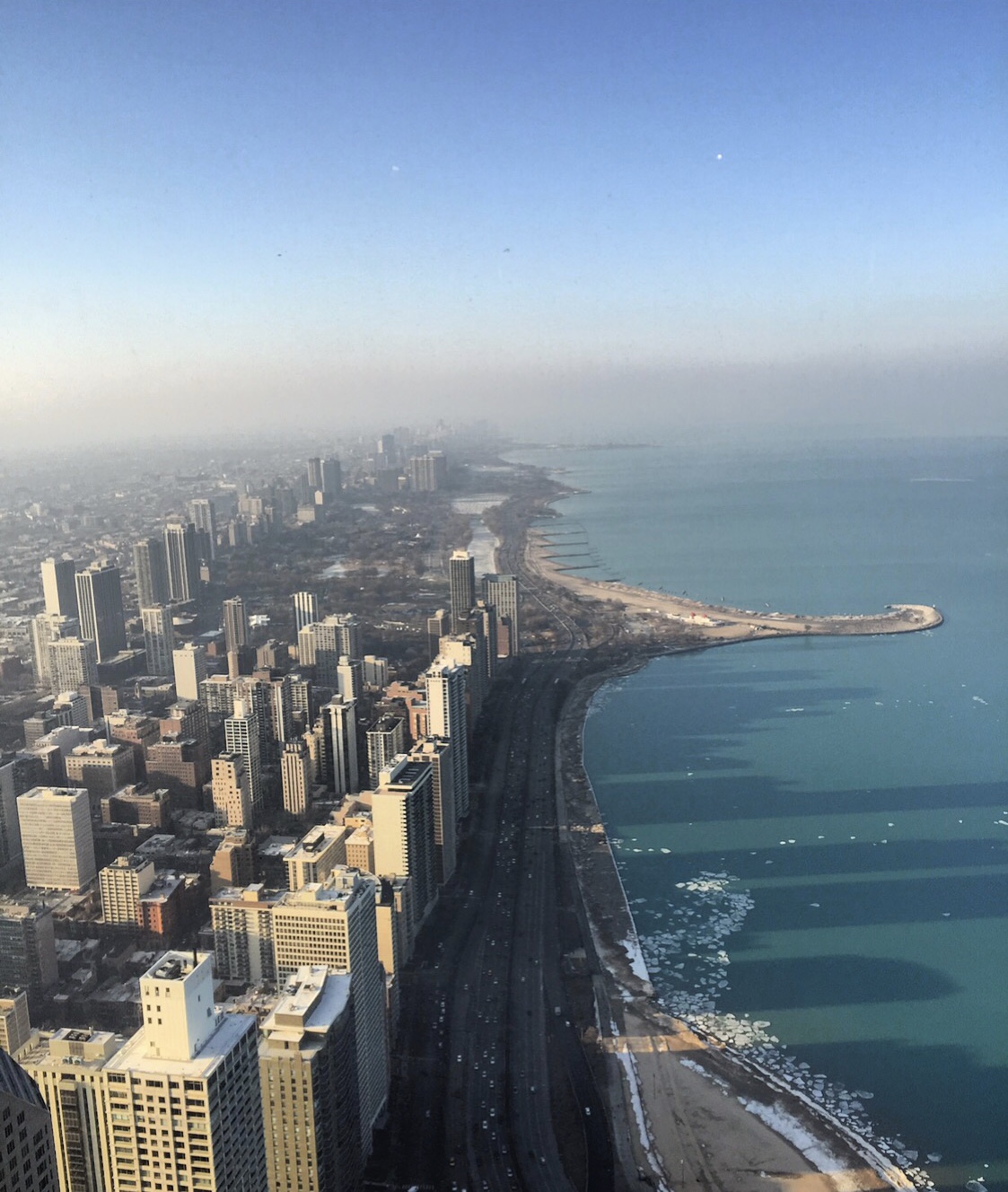 Chicago, often called “The Windy City”  is definitely a must, if you like interesting cities.

The best part to stay in Chicago is the Magnificent Mile, you will find stores, hotels, restaurants, a tower, which is very famous called the Water tower.  In the beginning of the mile, there is a bridge with wonderful views of the Chicago river, which is a great spot for a picture. On St. Patrick´s day the river is dyed green and looks really cool, that day in Chicago is a big deal, I saw tons of people making lines to go the Irish pubs very early in the morning (OMG).  Definitely, take a cruise through the river.

Every spring, they fill the Mag Mile avenue with tulips blooming all over, believe me! it is such a pretty sight.

Places you have to go are, “The Bean” enjoy and take a lot of pictures, 360 Chicago which is a skyscraper where you can see the most amazing views, Skydeck Chicago, for more views and experiences. This city has a wonderful skyline.

Navy Pier Park, with the famous Ferris wheel, there you can have splendid views of the Michigan river, and the place is filled with entertainment and rides.

Chi-town is  known as “Batman´s town” some Batman movies were filmed there, also the classic 80´s movie “Ferries Bueller´s Day Off” was filmed there.

As far as food, please! you have to eat a traditional deep dish pizza (take in consideration that it takes an hour to make it, go there with patience and don’t go starving),  there are many pizzerias you can go, my personal favorite is Gino´s East, the pizza is very juicy, some people say they like Giordano´s better, so I suggest you to try both and decide which one works for you.  If you like hot dogs, have a traditional Chicago hot-dog style at the restaurant Portillo´s.

The hotels where I’ve stayed there are,  The Peninsula (Five stars)  which is extremely luxurious, and the Warwick Allerton Tip Top Tap (Four stars),  also very nice, some people say this hotel is haunted, fortunately,  I didn’t see anything abnormal.  Both of them very well located.

Chicago where have you “bean” all my life? any other hidden Chicago secrets, that you know?

“Eventually, I think Chicago will be the most beautiful great city left in the world” Frank Lloyd Wright