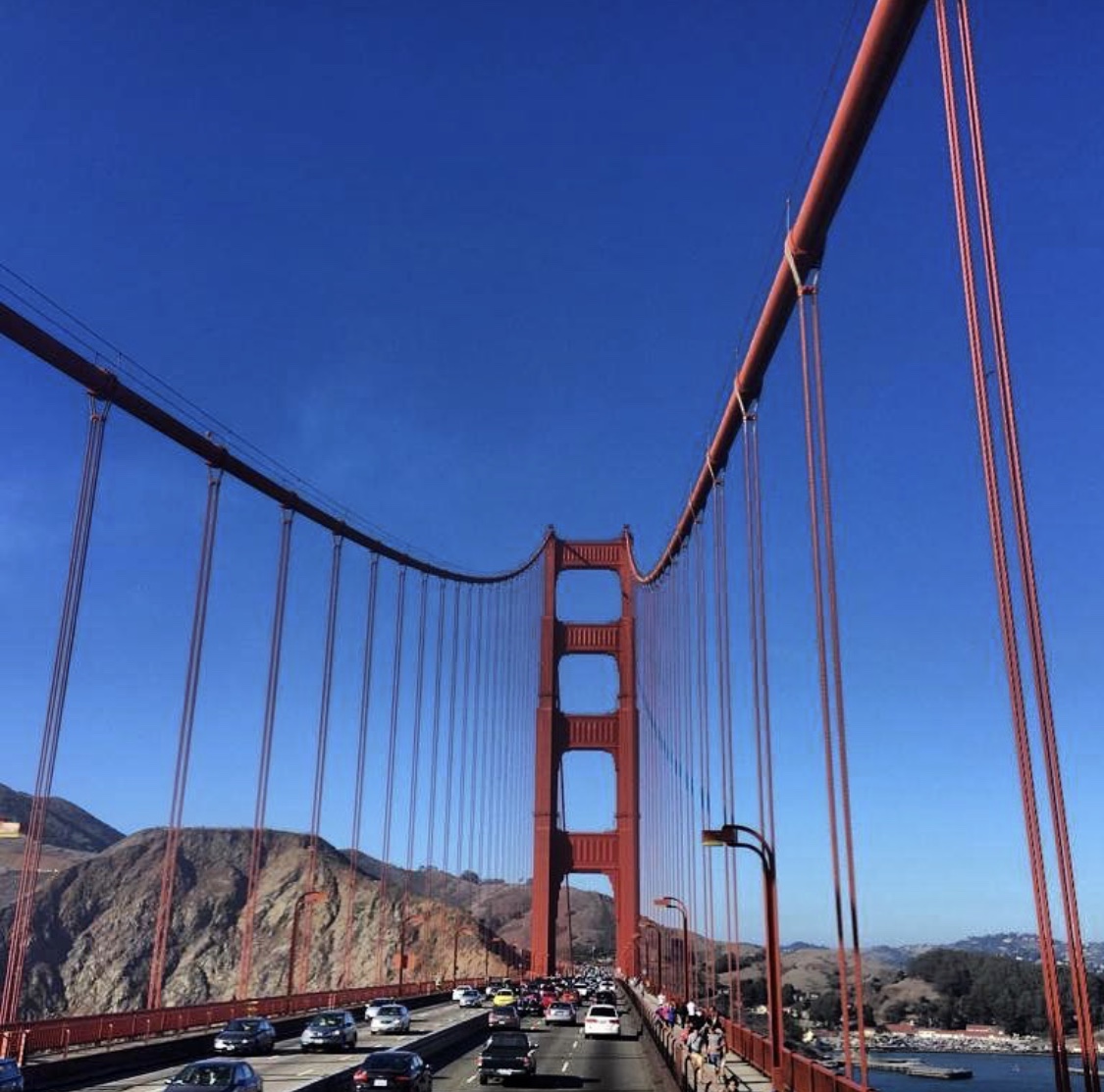 California state in the United States has many places to visit, it´s major city and one you can´t miss is San Francisco, and it´s often called everyone’s favorite city,  and I agree with them.

I always stay in Union Square in Hotel Nikko, which is very well located and has a dog who receives  and greets you when you check in, called Buster (he’s only there during weekdays if you want some alone time with him make an appointment by phone) , the area is filled with restaurants, a mall, shops etc, I was there during St. Patrick´s day and they had an amazing parade.

There are numerous places to go, you must go to the Golden Gate Bridge, Fisherman´s Wharf (Pier 39) where you can walk around and eat delicious seafood (like the crabs you see in my picture)  traditional clam chowder soup, or Cioppino (my favorite dish), my top two restaurants in Pier 39, are Fog Fish Harbor House and Crab House. Take a tour to the Island of  Alcatraz (very near the Pier)  where there is the famous abandoned jail which held some of the most notorious criminals.

San Francisco, is filled with Victorian houses,  make sure you take a tour to see them, the picture above is the house that was used in the movie “Mrs. Doubtfire” with the late Robin Williams, go there and  you will see gorgeous Victorian houses that cost a fortune. Near there, is the famous Haight-Ashbury street, with an extremely bohemian-hippie style, which is really cool.

Go to Lombard Street,  also knows as the “crooked street” the most famous street in San Fran, you will see a lot of tourists and cars going down the street as if it were a roller coaster, plus you will have a wonderful complete view of the city, at the top of the street. If you go there from Union Square use one the famous cable cars, to make it more fun.